The multicultural and multilingual Comédie!

The Comédie de Genève, a reflection of the city’s multiculturalism. Several of this season’s performances will be played in various languages. With surtitles in French & English, the Comédie opens its doors to the international community of Geneva.

The following performances will be surtitled in English or be held without words : 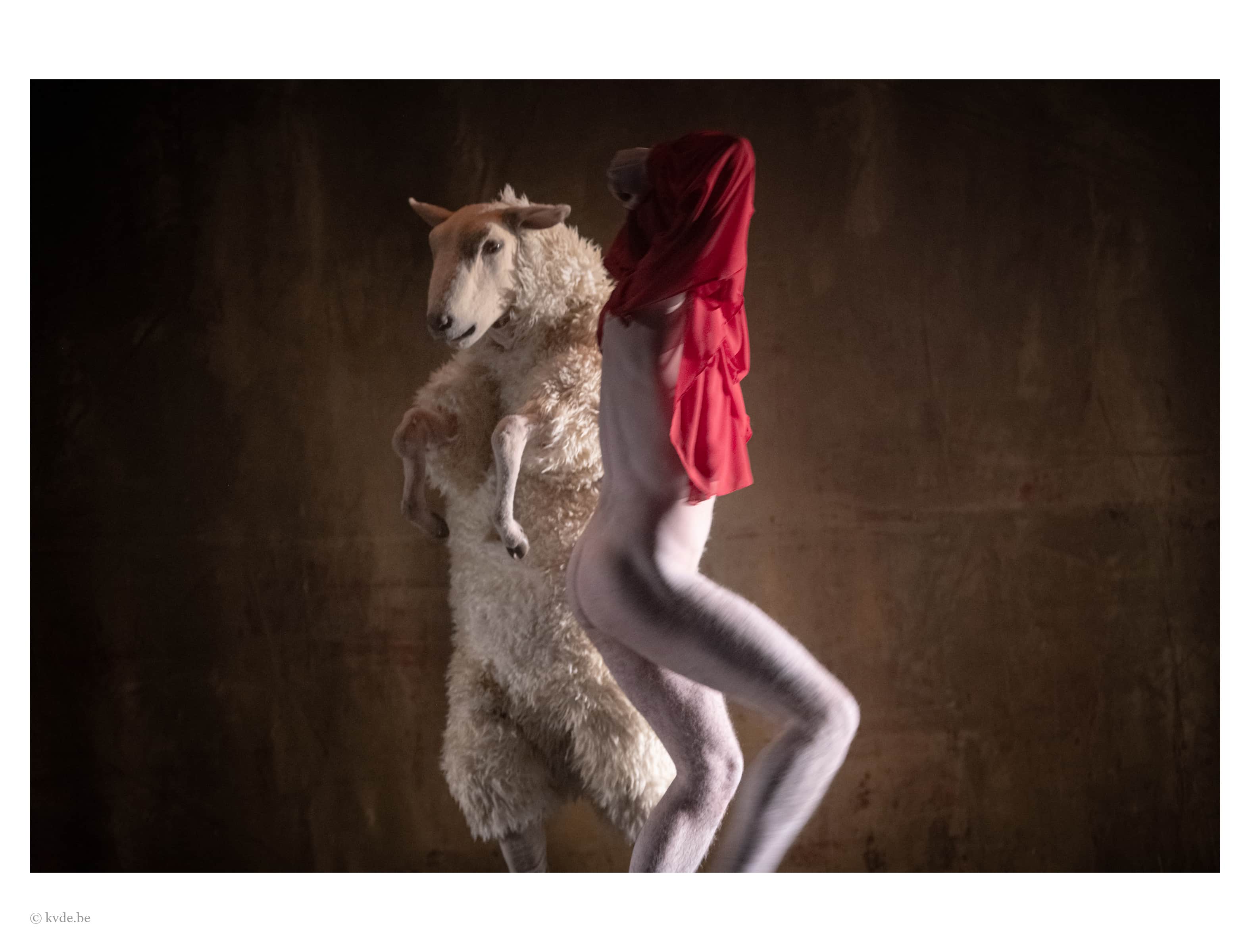 Sheep are grazing to the sound of a zither when suddenly one of them stands up on its hind legs and begins its slow and painful metamorphosis into a hybrid creature, half animal, half human.

The Sheep Song is an allegory of the human condition in the form of breathtakingly beautiful, animated tableaux: four wordless acts that draw on the Christian paintings of the Flemish Primitives; a Way of the Cross choreographed on a conveyor belt (a figure of destiny); an epic made of images that takes the shape of a perilous journey to the heart of what defines our humanity and its tragedy – love, evil, violence, pain, loneliness – as well as its comic moments. 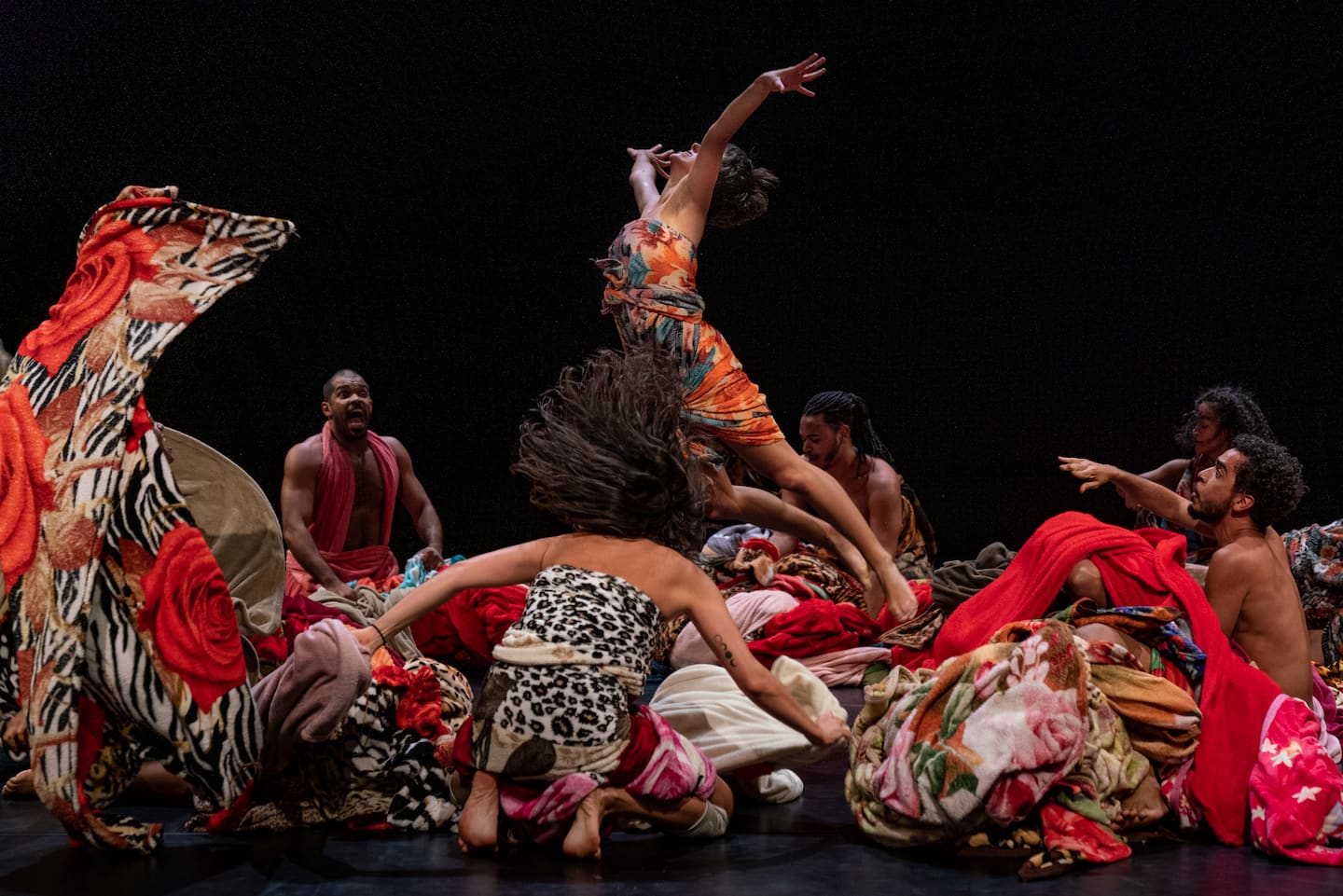 In Brazil, the encantados are mystical entities, responsible for ensuring the link between the world of the living and the dead, between spirits and matter. Lia Rodrigues invokes them in this show, an unbridled party featuring eleven male and female dancers equipped with simple, brightly coloured blankets who cast a spell on the prevailing gloom in a militant and expressive dance.

Encantado is like a spell that will whisk you away or a flowery perfume that will make you dizzy. 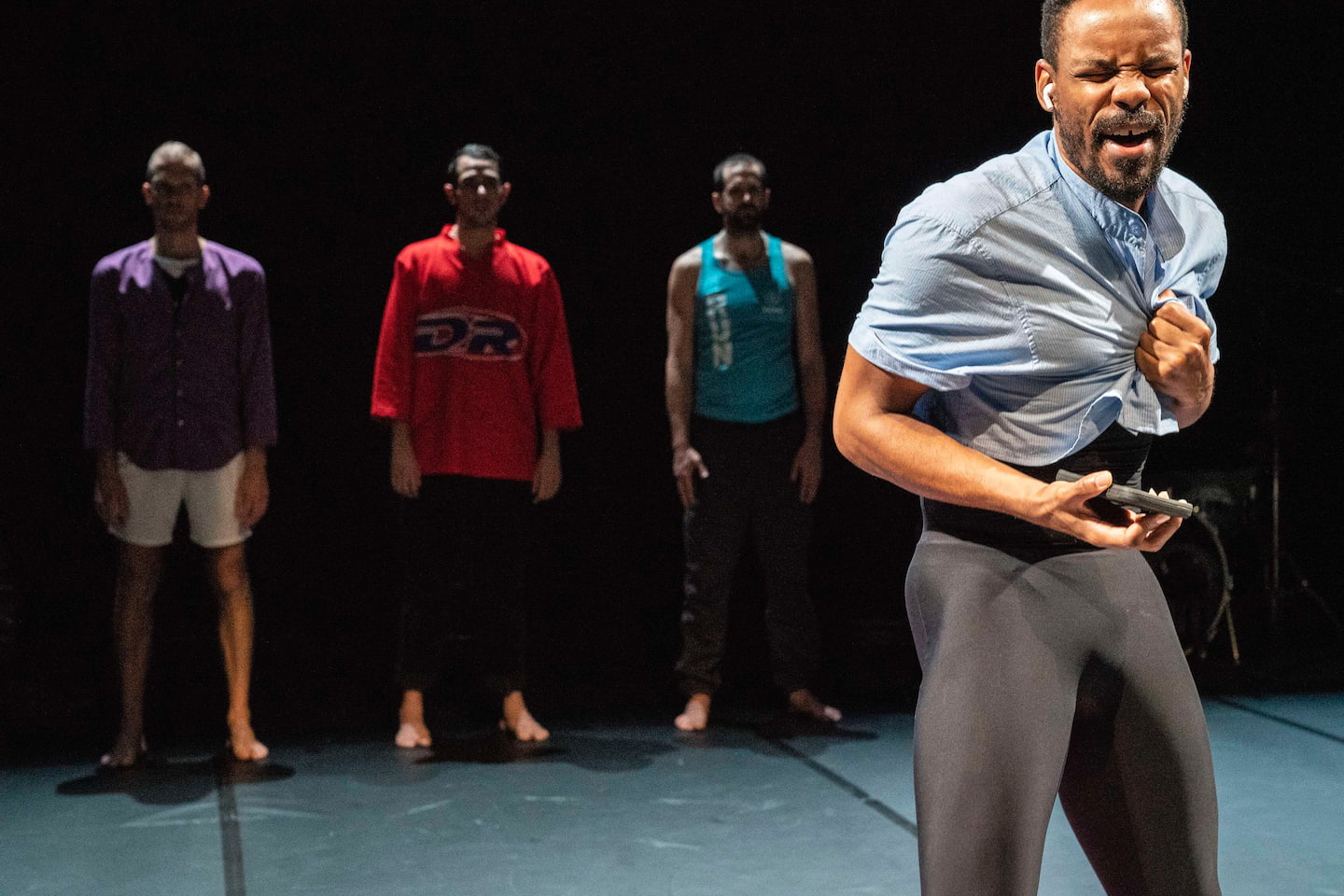 Marcel Schwald and Chris Leuenberger are interested in the taboo of male-to-male contact in a society where men are afraid to touch each other, keeping their distance and barely brushing against each other.

At the intersection of dance and theatre, four dancers and a musician examine their own bodies, question their way of moving and being with other men, ask themselves how to escape stereotypes, thwart clichés and overturn them.

With finesse and facetiousness, intelligence and humour, the German performers, accompanied by American artists, reflect on masculinity in order to heal its wounds. 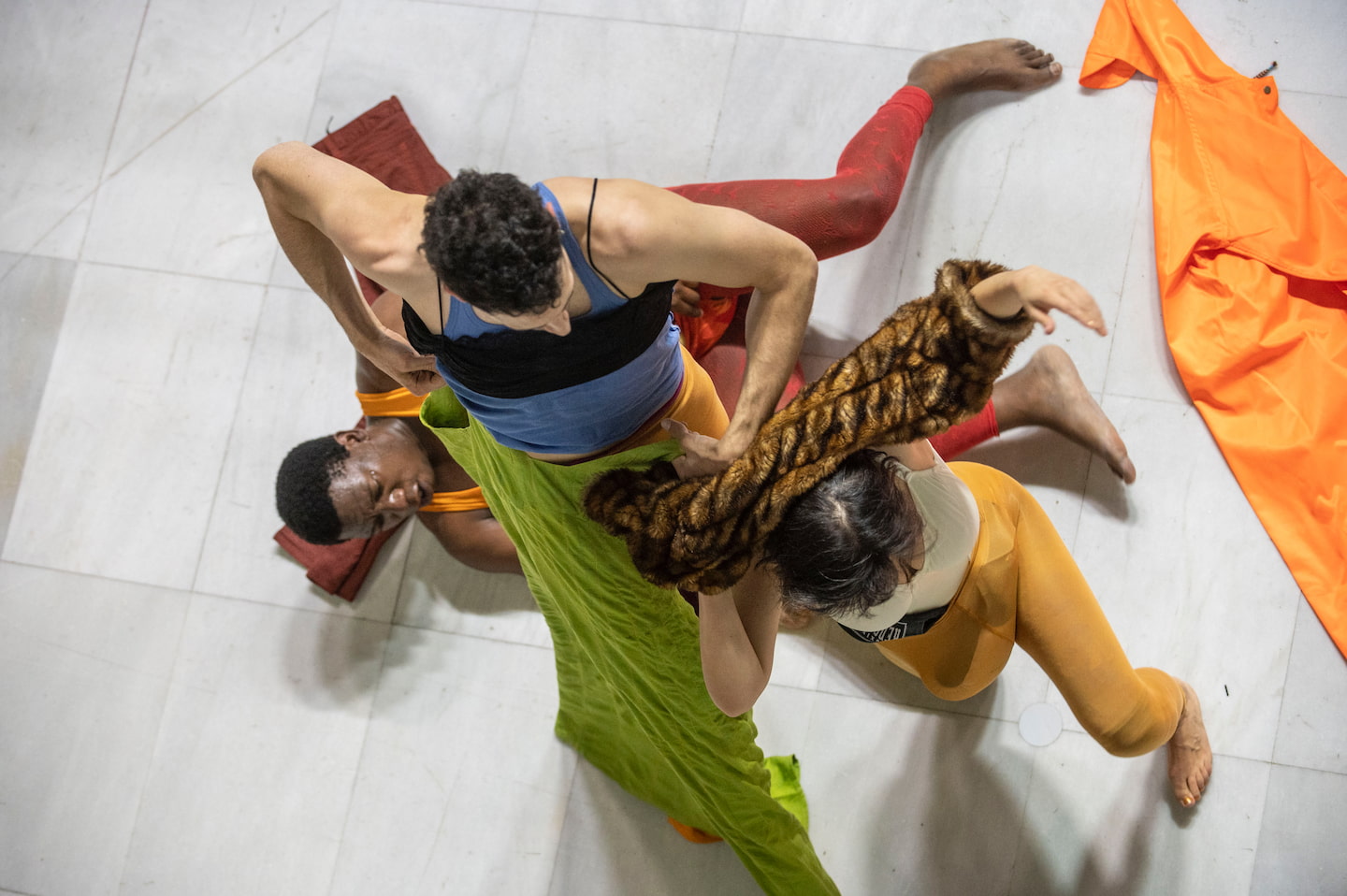 Dancers invent an attitude and an outfit each day. In a continuous spiral movement reminiscent of the planets, the performers exchange clothes, give life to objects and create from the present moment and its accidents. The transformation is permanent, constant and unstoppable.

Winner of the Label+ romand – arts de la scène 2020 prize, the Switzerland-based Spanish choreographer was awarded the Golden Lion of the Venice Dance Biennale for her entire career that same year. 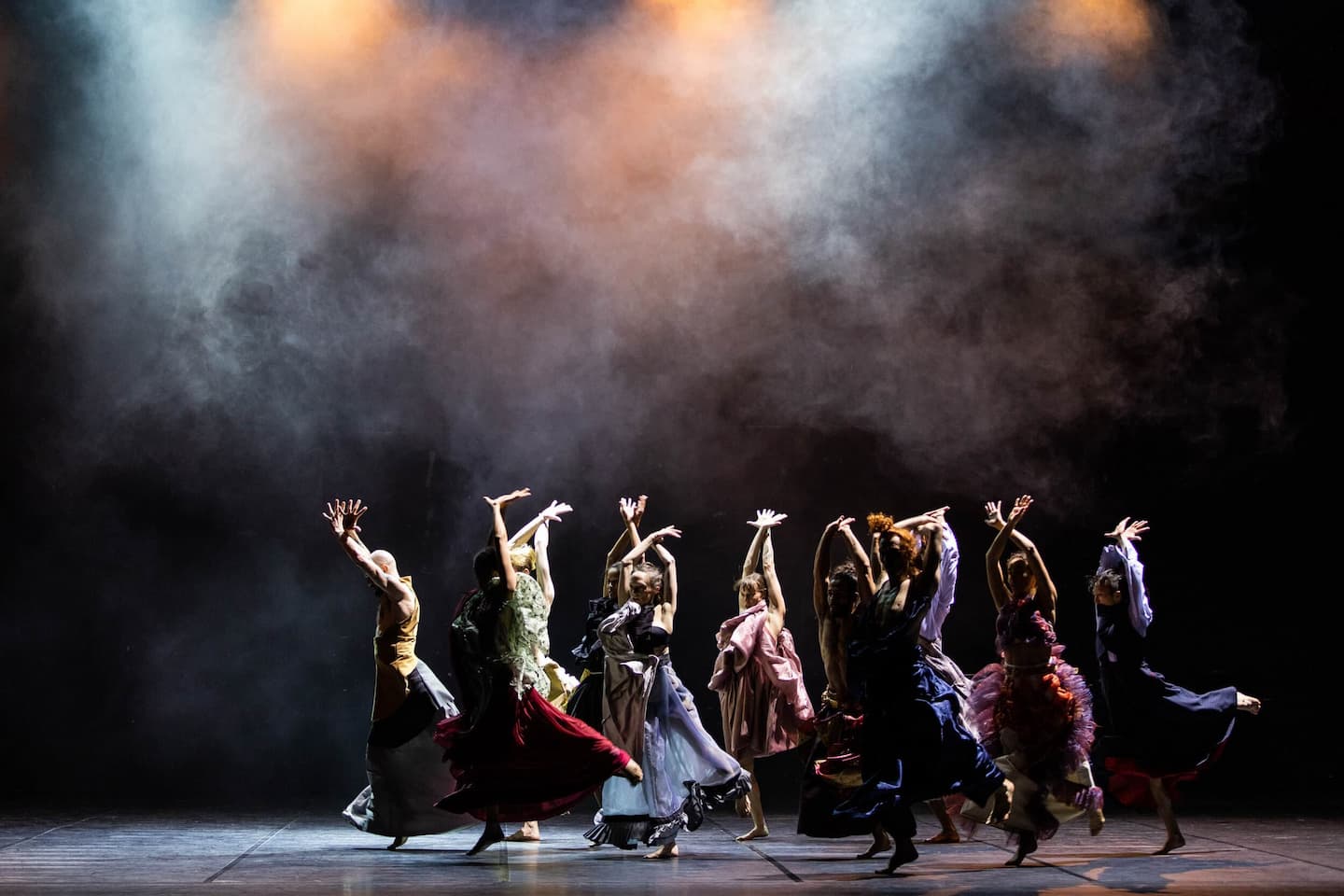 Fourteen dancers, carried away by the music of Tears for Fears, plunge us back into the joyful and optimistic exuberance of ‘80s pop.

It is joyful and energetic, it jumps, spins and slams, it flows like a perfectly arranged album, while the dancers go wild, swirling and swaying in a frenzy. With Dionysian excess, the eccentric and sparkling costumes invite us to the party.

You will come out of this show feeling refreshed, even euphoric.

VIRUS is a game, a game that Yan Duyvendak and his team finished developing in November 2019, just before they were caught up in the reality of Covid-19.

VIRUS is an opportunity, in 2023, to take control, to play rather than suffer. What would you do if you were in charge of your country’s healthcare, communication or security? If you had population flows to manage? If the responsibility for closing or not closing borders and schools fell to you? Depending on your decisions, the scenario changes, and the results are not the same. It is all up to you.

Yan Duyvendak has been awarded the Swiss Art Award, the Network-Kulturpreis and the prestigious Meret Oppenheim Prize, as well as the Swiss Grand Prix for Theatre / Hans-Reinhart Ring in 2019.